Manchester’s own Kalinka Balalaika Orchestra and guests evoke the contrasting moods of the Russian soul performing a selection of arrangements of traditional melodies and pieces by Russian composers. Join us to mark the 50th Anniversary of the ties of friendship between Manchester and St Petersburg with this unique symbol of those links. All funds raised go to assist homeless children in St Petersburg. 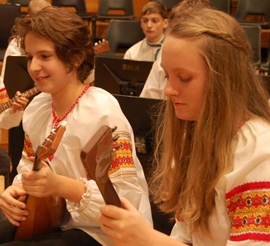 Will include a report on the newly formed RUSSIAN CONVOY MUSEUM at Aultbea Western Ross , Loch Ewe
was where many of the WW2 Arctic Convoys left for Russia