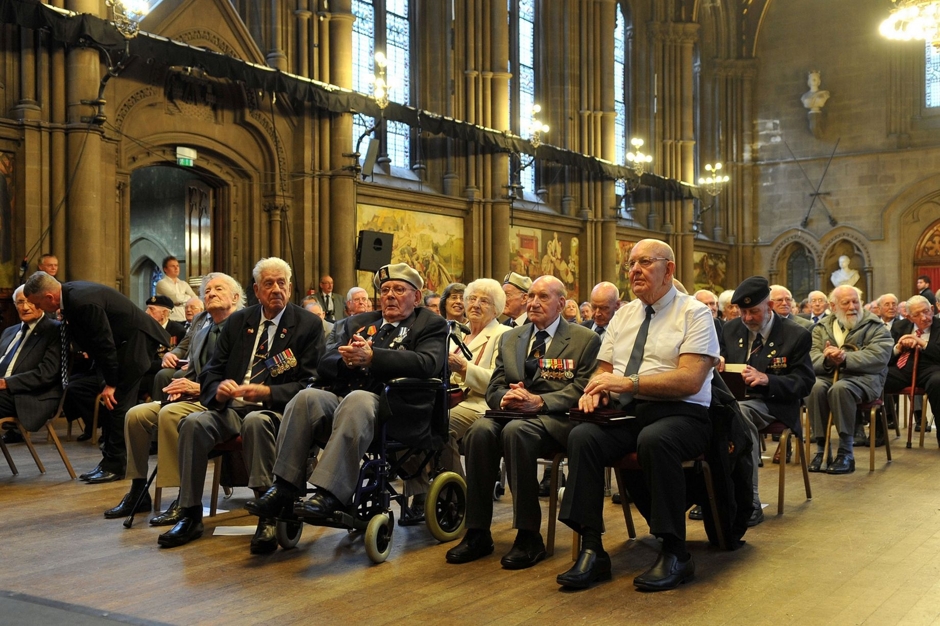 In the Great Hall Manchester 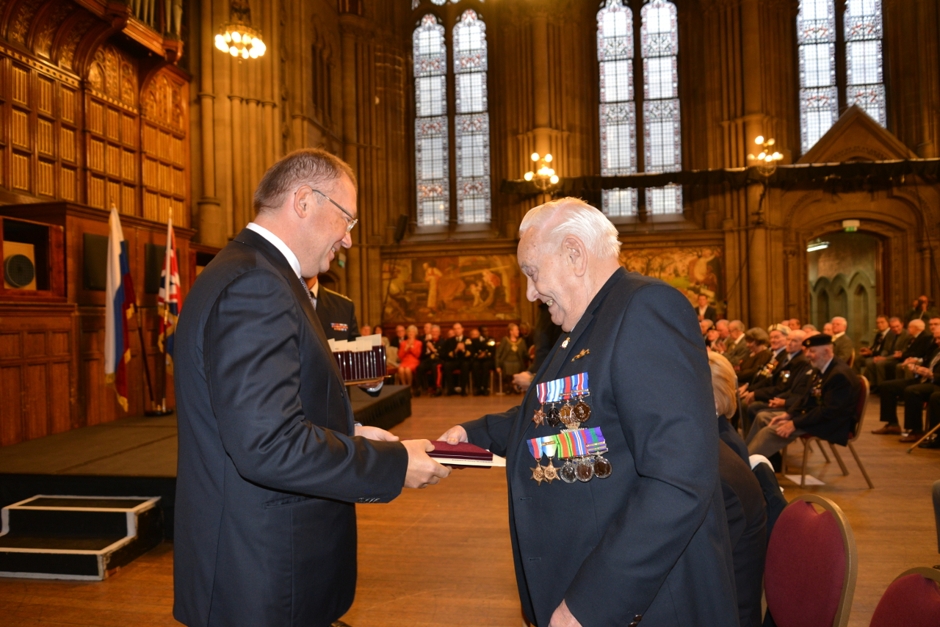 Presentation of the medals

Campaigning veteran Herbert Mac Neill has consistantly criticised the government for lack of recognition for The Arctic Convoy Servicement.
The 88 year old veteran was devastated to find that he would miss out of the ceremony as he finished up in hospital after a fall.

However a special delegation from the Russian Embassy including The Amassador Alexander Vladimirovich Yakovenko cut short the ceremony to visit Herbert at The North Manchester Hospital for a private ceremony. 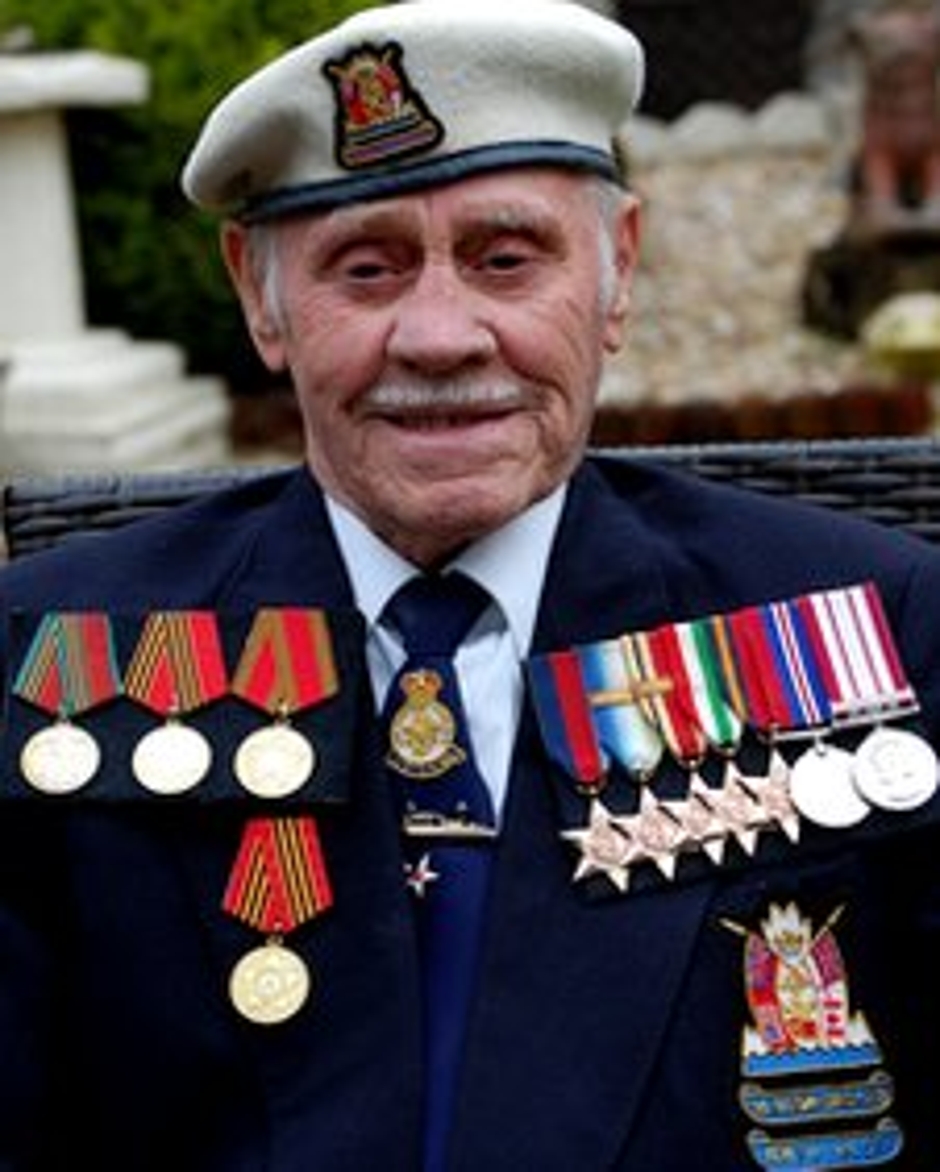 Sadly Herbert passed away less than a week after being presented with The Ushakov medal by Russian officials. 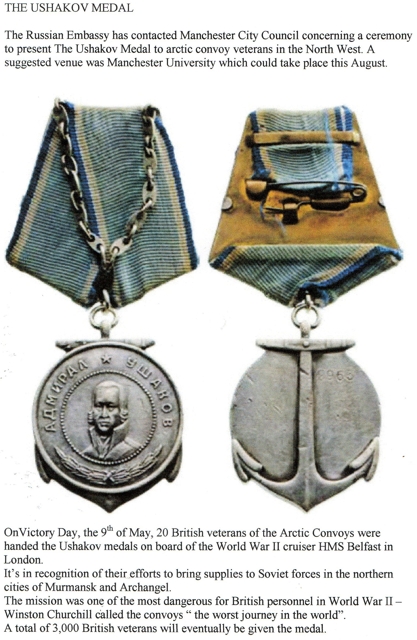